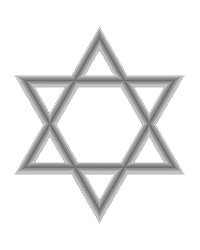 Shelley Lynn Katz (Shulamit bat Yehuda), 71, a second-generation, lifetime resident of New Orleans, died on the 18th of July, 2021, doing what she loved best -- riding horses. She was a brilliant, multifaceted woman who, after graduating from LSU, taught high school Spanish, French, and English, and the hearing impaired, often acting as a mentor to her students long after they graduated. She also lived and worked in Madrid after college, translated for the Italian Government in New Orleans, became a part-time French Quarter tour guide to foreign tourists for fun, and gave private piano lessons. Shelley lived a full life, traveling the world from Asia (including Bhutan) to Europe, and all over South America, as far south as the Straights of Magellan.
In the challenging period after Hurricane Katrina, Shelley distinguished herself as a leader in the Broadmoor Neighborhood Association’s rebuilding efforts while helping her family repair the destruction to their real estate -- learning on the job to be a “general contractor”. She took that skill to the next phase of her professional life: buying and renovating distressed property in the Broadmoor area where she grew up. A lifelong animal advocate, she fostered and adopted many rescued animals, most beloved of whom were Cinco, her little black cat, and Music, her Springer Spaniel. When not riding Cajun, Raina or Gris Gris (her white Tennessee Walker) on the levee, or dressing Gris Gris as a unicorn and dying her tail and mane pink for children’s parties, she was known for her yearly, themed, costume parties and family holiday dinners.
She will be missed by the hundreds of people whose lives she touched, from her students, to her numerous friends, both old and new, by the community she served, and the family who loved her. She is preceded in death by her father, Julius Katz, a lawyer and prominent business/civic leader. She is survived by her beloved mother Freda, soon to be 100, her brothers Paul and Myron (Sharon) Katz, her sister, Jaclyn Katz, her nieces Erica Burch and Heather Pelton, her nephews, Julian and Adam Katz, her two grandnieces, her family in Germany, Diana and Mattias Silberman, who loved Shelley like a sister, the Katz, Herman, Gumelsky, and Hamburger families based in New Orleans, and the Silverman family based on the East Coast and in New Orleans. Also mourning Shelley are longtime dear “family members”, Louis, Mike and Kathy Stern, and her best friend since childhood, Yolande “Bay” Vulevich, whose six children thought of Shelley as an aunt and second mother.
A graveside burial will be held at 1:00 p.m., Tuesday, July 20, 2021 at Ahavas Sholem Cemetery, 4400 Elysian Fields, 70122.  Shiva will follow at 3416 Upperline St, 70125 and be held daily from 2:00 p.m. to 8:30 p.m. until July 26, 2021, with evening Kaddish recited. Kosher Cajun (504-888-2010) will coordinate all food donations to the family. For the online memorial tribute and latest updates should the weather cause an alternative funeral date to become necessary, please check www.tharpsontheimerfh.com. In lieu of flowers, please donate in Shelley’s memory to the LSPCA or your favorite animal charity. May her memory be for a blessing, now and always.

To send sympathy gifts to the family or plant a tree in memory of Shelley Lynn Katz, please visit our tribute store.