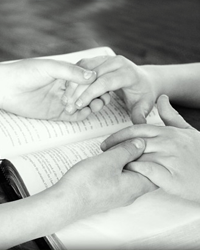 Henry Volcah Tregle III passed away on October 29, 2021 at the age of 99. He was a resident of Old Jefferson for most of his life. He is survived by his daughter, Terry T. Gillies and her husband, Patrick; three grandchildren, nine great grandchildren and five great-great grandchildren. He is also survived by three step daughters, Linda Tabor and her husband Bruce, Cindy Stolf, Mary Ray and her husband Harold, four step grandchildren and six step great grandchildren. He is also survived by his brother, Raymond Tregle and his wife Mary Goebel Tregle; his loving companion, June Bonin and many nieces and nephews. Henry was predeceased by his first wife, Margaret Rizzuto and second wife, Jenny Liberto, his parents, Henry V. Tregle Jr. and Frances Verdigets, his sister, Evelyn Tregle Goebel and her husband Lloyd J. Goebel Jr.
Henry was a veteran of WWII, serving in the Pacific. He was an active member of the Golden Age Club of Jefferson at Girard Playground. He was a devout Catholic, ushering at Mater Dolorosa Church. He was a devoted son, brother, husband, father, grandfather and uncle. He was always quick to lend a helping hand to others.
Family and friends are invited to attend services at Tharp-Sontheimer-Tharp Funeral Home, 1600 N. Causeway Blvd., Metairie, LA 70001 on Saturday, November 20, 2021. Visitation from 11:00 am-1:00 pm followed by a Mass of Christian Burial.

To send flowers to the family or plant a tree in memory of Henry Volcah Tregle III, please visit our floral store.